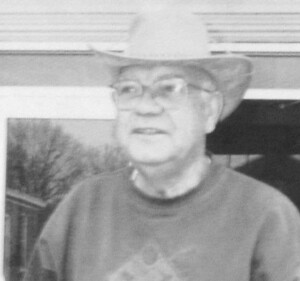 EDITOR’S NOTE: The story below details an interview that former Boonville resident, the late Abraham Ignacio had with former Boonville Daily News Editor Karen Retay-Green. Ignacio had a pivotal role in helping with the effort as the Japanese were attacking. He was only 19.

Many may remember the late Abraham Ignacio as the Kemper Military School Band Master. Those who knew him well would also know that he was at Pearl Harbor during the Japanese attack that took place 75 years ago today. This would mark America’s entrance into the Second World War.

Several years ago, Ignacio told his story to a former Boonville Daily News Editor, Karen Retay-Green, who wrote a piece in the paper regarding his experience on that, ‘day that will live in infamy.’ – President Franklin Roosevelt.

According to the article, 19 year-old Ignacio had just left the 7 a.m. mass, which was near Honolulu. It was just moments later that he heard his sister tell him that the Japanese were attacking. Without hesitation, Ignacio, along with several others followed the road that led the way to the smoke-filled harbor. Once he arrived, he was given a hose that was pointed at two ships, the U.S.S. Shaw and Downes.

“The ships have been hit and there were people frying in there,” Ignacio stated in the story.

He added that riggers went deep into the damaged ships to get the dead and wounded so they could be taken to the hospital.

As he stood there with his water hose, the danger of more attacks were looming as sirens could be heard blaring throughout the ordeal. Not moving from his post, an officer came to him and warned him of the danger, but he had decided to stand fast. He told the officer that he was not going to move, and being a Hawaiian, he was not going to run.

Ignacio stood for hours, but for him, they seemed like minutes.

His bravery was rewarded by the United States Navy, a citation for ‘Outstanding loyalty, efficient action and disregard of personal safety during the attack.’

Ignacio told Retay-Green that he did not know of the extent of the damage and lost-of-life.

Ignacio passed away in 2008. He was loved by many, including his Boonville and Kemper family. He called Boonville home for decades.